Over the past few years much of the country has had snow at some point, whereas there seems to be a conspiracy for where we live, as we have been missed…until this week! This week, the south saw the first snow in 5 years – schools closed, my daughter woke me with eager anticipation to see snow for the first time in her memory, and so it began! Thursday started with a light dusting of snow all around, so off I went to work as I was in the midst of a busy week and the hubster stayed home on daddy daughter duty

In the afternoon a message circulated to site to state that the snow was getting heavier and the site was closing – the same message to us as many other companies were doing in the area. As you can imagine, the roads became incredibly busy and traffic was backed up to our site, and so I set off on foot for home some 6ish miles away

Reaching some fields I stopped and listened, there wasn’t a sound to be heard aside from some birds tweeting. It’s amazing just how infrequent this happens, and so I stood for a few minutes listening to the soundtrack of birds and emptiness before meeting up with the hubster and J for some fun in the snow

J had been out in the snow for quite some time, and so had that gorgeous red glow on her cheeks and nose, but also had the mood of an overtired and hungry child to accompany it. We played for a bit, took some family photos (March has been completed!) and then decided to set off home again with her newly purchased (and broken) sledge

Friday was just as good – I had a snow day and the hubster worked from home, so it was my turn to take J out and play with her. Olaf was built and hills were slid on, before we came inside for a bit to thaw out. J had caught the snow bug, and so ran outside in the back garden with Lexi, who instantly turns into a puppy in the snow and played for ages with J

Snow’s a funny old thing – I wanted it for so long that I was envious of everyone else, and when we had it I loved it for a day or two,  but because the south just isn’t equipped to cope with it I wanted it to be gone after the second day, feeling trapped in my own surroundings and not free to head out. Thankfully the skies agreed with me, and so on Saturday it started to clear

It has made the hubster and I talk about a winter holiday at some point, as J adored sledging, and we think she’s about the right age for it – not that we will be foregoing a summer holiday though – we all need our sunny weather!

Whenever we go ‘up north’ to visit our friend we always try to go to Trentham Gardens in Stoke on Trent. It’s peaceful, tranquil and beautiful – just what we need in amongst our busy lives

END_OF_DOCUMENT_TOKEN_TO_BE_REPLACED

Following this, a Winter Walkers group was born via social media and has 45 members through word of mouth and work colleagues. Every month, no matter what the weather we went for a walk, with the best walk having 14 dogs and their owners attend!

END_OF_DOCUMENT_TOKEN_TO_BE_REPLACED 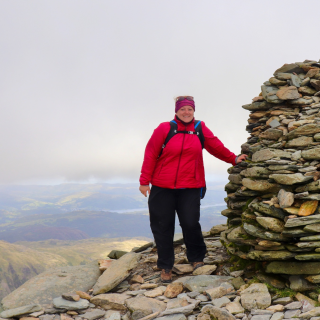